How carbon-neutral is your office?

From 31 October to 12 November, world leaders are meeting in Glasgow for the global climate summit – COP26.

In this context, the European Union is on the path to slash emissions and make Europe the first carbon-neutral region in the world. As part of the European Green Deal, the EU has renewed its climate ambitions, by committing to cut emissions by at least 55% by 2030 and reach a net-zero emissions balance by 2050.

In the food and drink industry, Europe’s largest manufacturing sector, we’re doing our part. Between 2008 and 2017, the industry reduced its emissions by 12%, while increasing production value by 5%. As an industry, we are acting to support Europe’s climate goals.

And as an office, we’re doing the same. At FoodDrinkEurope, we’ve joined forces with CO2 Logic, a dynamic Belgian-based start-up helping organisations like ours to develop a unique four-step approach to carbon-neutrality:

Today, we are excited to announce that FoodDrinkEurope has started the process to make our office carbon-neutral, with the goal of receiving from CO2 Logic the internationally-recognised CO2-Neutral label.

This is a significant first-step in our commitment to fighting climate change and we are looking forward to playing our part in making a real impact over the coming years!

As an industry, we are helping the EU become the first climate-neutral continent by 2050, and to achieve the Paris Agreement objective to keep the global temperature increase below 2°C above 1990 levels. And as an office, we’re going to do our part too. 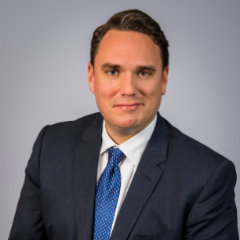