EPODE (Ensemble, Prévenons l’Obésité Des Enfants) is a multi-stakeholder, capacity-building approach which allows communities to implement strategies to prevent childhood obesity by acting on the behaviour of the whole family, changing its environment and social norms.

In 2018, Ferrero continued to support local programs based on the EPODE methodology in the following European countries:

• France: program ‘Vivons en forme’ (VIF). In 2018, 251 municipalities were involved in the program, reaching 186,576 children and 559,728 families. During the same year VIF held 476 training, reaching about 4,184 persons.
• Belgium: program ‘VIASANO’. In 2018, the Viasano team organized 89 meeting with various stakeholders including a series of strategic and exchange meetings with Jogg & Viasano Flanders.
• The Netherlands: programs ‘JOGG’ and ‘Familieloop’ (Family Run). The total number of participants in the 2018 edition of Familieloop was 3,496 runners. Participating families followed an 8-week training program led by a professional trainer.

Ferrero helps to promote physical activity, especially among children, through its Kinder+Sport (K+S) project since 2013, a pillar of Ferrero Group Corporate Social Responsibility with a history of more than 20 years.

The project, which is endorsed by the Italian Ministry of Education, operates in partnership with the International School Sport Federation, four National Olympic Committees and 130 Sports Federations and Associations, ensuring quality, global dissemination, multidisciplinary approach and technical expertise.

In 2018, the Kinder+Sport program maintained its presence in Europe moving more than 3,8 million children in 22 EU countries.

The main Kinder+Sport activities in 2018 include:

• Luxembourg celebrated on September 22nd the “Kinder+Sport Day” with more than 1000 participants. In the third year edition, employees and their families experienced the Joy of moving practicing a wide range of sports activities during the entire day.
• In the United Kingdom, the Kinder+Sport team has been teaching the “Joy of moving” method as part of the Move and Learn project, which includes theoretical and practical training for a group of football instructors, enabling children to benefit from the method as they begin to get to grips with football.
• In Italy, more than 600 children aged 9 to 12 took part in the Day Camp, the summer event held over a 5 week period at Alba Village, with 2018 marking the tenth edition of this programme. Meanwhile, for the ninth year running, the sports campus in Temple-Sur-Lot in France hosted Le Village Kinder, where children practiced sports and games for a total of 4 weeks.
• Since 2010, Kinder+Sport has established a partnership with the biggest amateur sports event in Europe, the Youth Sports Games and supports the Street Basketball Tournament activities. The 2018 edition of the games were held in 34 cities with the final matches taking in place in Sarajevo and gathering 1910 kids. 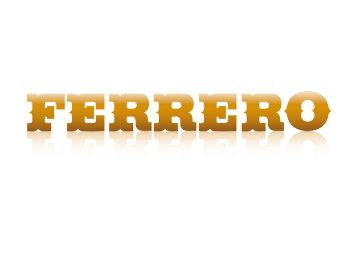