Windmills powering Tropicana production, electric trucks delivering Cheetos, crops fertilized with Walkers potato peels: At PepsiCo, the pursuit of transformative ideas like these is stepping up the company’s fight against climate change in a very big way.

In the face of an escalating climate crisis, the company has unveiled an ambitious new goal to cut carbon emissions by more than 40% by 2030 (against a 2015 baseline) — more than doubling the previous climate objective. This is expected to result in the reduction of over 26 million metric tons of greenhouse gas emissions — the equivalent of taking five million-plus cars off the road for a full year.

“The severe impacts from climate change are worsening, and we must accelerate the urgent systemic changes needed to address it,” says PepsiCo Chairman and CEO Ramon Laguarta. Moving up the company’s timeline is crucial, considering the dire consequences for waiting. “There is simply no other option but immediate and aggressive action,” Laguarta says.

Of course, a company the size of PepsiCo can have significant impact — with opportunities at every point in the production cycle to reduce and remove greenhouse gas emissions. The company’s goal is to achieve net-zero emissions by 2040, one full decade earlier than called for in the Paris Agreement.

The company’s progress extends to packaging, factory floors and delivery vehicles. Areas of focus include reducing virgin plastic and finding new ways to use recycled plastic in packaging. PepsiCo is also advancing zero and near-zero emission technologies, utilizing electric and natural gas power in warehousing, transportation and distribution facilities, which is modelled after the electric fleet and solar-powered buildings at the Frito-Lay North America site in Modesto, CA.

Looking at the company’s sites around the world, some of this important work is already evident. In 2020, PepsiCo achieved its goal to source 100% renewable electricity for its operations in the U.S. More than 400 solar panels help power the Quaker plant in Rotterdam, the Netherlands. Installation of a single windmill at the Tropicana plant in Zeebrugge, Belgium will generate approximately 40% of that site’s total electricity consumption.

“Climate action is core to our business as a global food and beverage leader,” says Laguarta, “and propels our PepsiCo Positive journey to deliver positive outcomes for the planet and people.”

END_OF_DOCUMENT_TOKEN_TO_BE_REPLACED 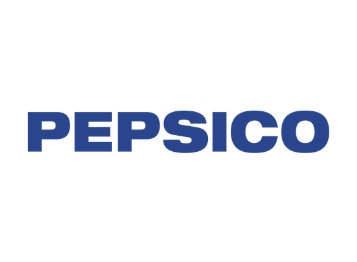