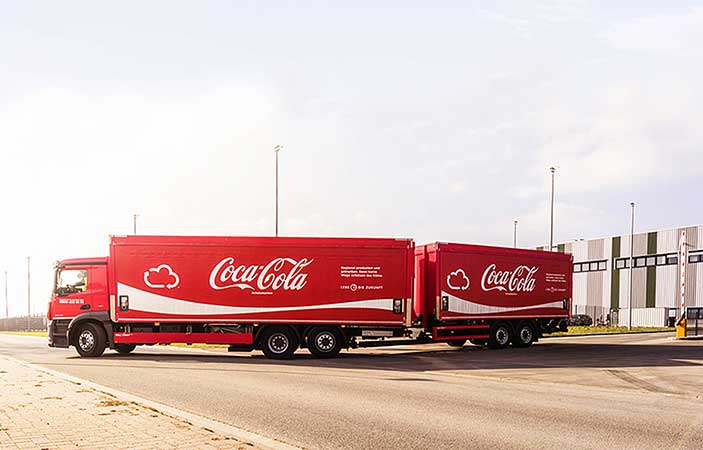 Reducing the carbon footprint of the 'drink in your hand'

The “drink in your hand” goal was set in 2013 to take a bigger step toward reducing greenhouse gas emissions across our full value chain. ​

As part of this work to reduce the carbon footprint, Coca-Cola aims to reduce the greenhouse emissions of its distribution trucking fleet, the source of about 4% of value chain emissions. The global system’s fleet, which includes trucks operated by the company and its bottling partners, emitted an estimated 2.2 million metric tons of greenhouse gases in 2016. The company is making steady progress in reducing the emissions of the entire fleet.