The science behind food processing

As part of our #FoodFuture project we’re speaking to experts about how to best achieve more sustainable food systems. We spoke to Professor Andreas Håkansson, Senior Lecturer at the Department of Food Technology, Engineering and Nutrition, from Lund University to explore the issue of nutrition and food processing.

What is food processing? (What are some examples?)

In other cases, industrial food processing can be rather different from what we do in the kitchen. Industrial food processing can sometimes make food from sources we would otherwise not be able to eat by using sophisticated technology (for example certain algae or press-cake from vegetable oil production) or be used to improve the nutritional profile of a food (e.g., fortification with minerals and vitamins).

Why can’t we just eat raw diets as nature intended?

I don’t think nature has any intentions in what we are to eat. The oldest archaeological evidence for food processing is three million years old, more than two and a half million years before our species evolved. This early evidence of food processing consists of rocks used to smash and cut tubers and raw meat into more easily chewed pieces. The next big food engineering innovation came about half a million years ago and was the use of fire to heat the food. Both these innovations helped make the energy in the food more accessible. Some have even argued that this was critical for becoming humans in the first place, by giving us enough energy to evolve larger brains.

Today much of what we eat has been industrially processed. Even the potatoes I cook at home have been washed and packaged in a factory before arriving in my kitchen. Some dream of returning to a golden past when everyone eat fresh food straight from the fields and gardens. But what we often forget is that this was not how it was before food production became industrialized. Before the rapid development of food processing, from the 1850s or so, the vast majority of the population (disregarding nobility, royalty and the very rich) were forced to a monotonous, nutritionally poor and often rather harmful diet.

Just as we can find examples of poor home-made or restaurant-made food, we can always find examples of bad processed foods. On the whole, however, food processing has had a tremendously positive effect on the world, making plenty of nutritious and tasty food available.

Do we really need to process our food?

Yes, and no. Plenty of food can be consumed raw. However, raw food perishes quickly. To feed a growing population without harming our world, we must produce as efficiently as possible. This includes turning resources not generally consumed into food. It also requires making sure that no food is wasted. I have seen no viable suggestion of how this could be achieved without extensive but carefully designed industrial food processing (or with a considerably smaller population).

Is food processing bad for you?

Food processing in the general sense of the word is certainly not bad – my carrots do not turn harmful by me cutting and boiling them. Nor can one say that industrial food processing is bad in itself. Just as when talking about home-cooking or restaurant-prepared meals, some foods produced industrially have a poorer nutritional profile than others. Some food industries also make food using wasteful processes or with ingredients that have a high climate impact (just as we sometimes do in our homes). It is not the extent of processing, but its molecular content, that determines how nutritious a food is. Likewise, a more (industrially) processed food is not necessarily less sustainable or environmentally friendly than a home-processed or raw food. In fact, the industrial scale often allows for a higher energy and raw material efficiency than when we cook in our homes. Industrial food processing in itself is not harmful or bad.

This is a question that national health authorities are better suited than food engineers to answer. But basically, it consists of eating a fair deal of greens and whole-grains but not too much salt, sugar and fat. Again, it is the molecules in the food that matters, not if it has been industrially processed or not. A frozen green pea is just as (or even slightly more actually) nutritious than a green pea sold ‘fresh’.

What can be done to better explain food processing to consumers and increase transparency about food processing? (what role can the industry, policymakers, and civil society play in this?)

The main responsibility of the food industry is to provide good products, together with clear and honest information about the products. Since many consumers are interested in how their food is produced, it makes sense for the producer to describe its process in an accessible way. I also think it is reasonable to expect that food producers are sufficiently clear in their communication so the consumer understands the difference between which products are suitable for everyday consumption (frozen green pea or milk for example) and which are for special occasions (ice-cream and soda for example). Then it is up to each adult consumer to make his or her own judgement about what to eat.

Policymakers mainly have a responsibility to set clear rules, ensure that the food that is produced is safe to eat (food safety regulation), and make sure that the producers are honest in their communication (marketing legislation). 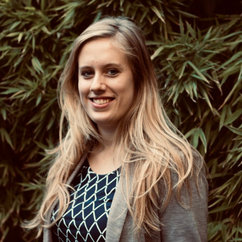